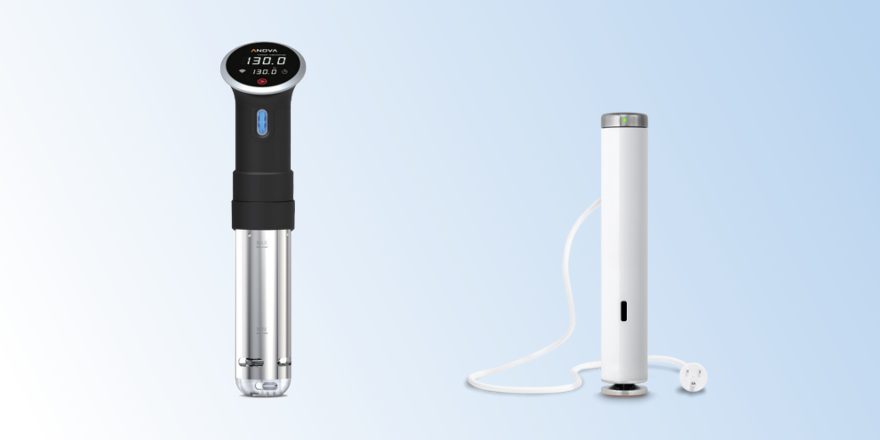 The attraction behind Sous Vide cooking is the ability to maintain a constant, precisely-controlled temperature. This takes a lot of the guesswork and finesse out of cooking, and allows home chefs to achieve beautiful, consistent results each and every time.

This “Sous Vide Showdown” will focus on two immersion circulators — the Anova Precision Cooker Bluetooth + Wi-Fi vs. ChefSteps Joule. Immersion circulators heat a water bath to the desired temperature and allow precision cooking of food in a vacuum sealed bag. These models are less expensive than more professional-grade options at only $200, and offer a great way to get started in the world of Sous Vide cooking. Let’s take a look at some of the major differences between the Anova and Joule.

Anova vs. Joule — Our Thoughts 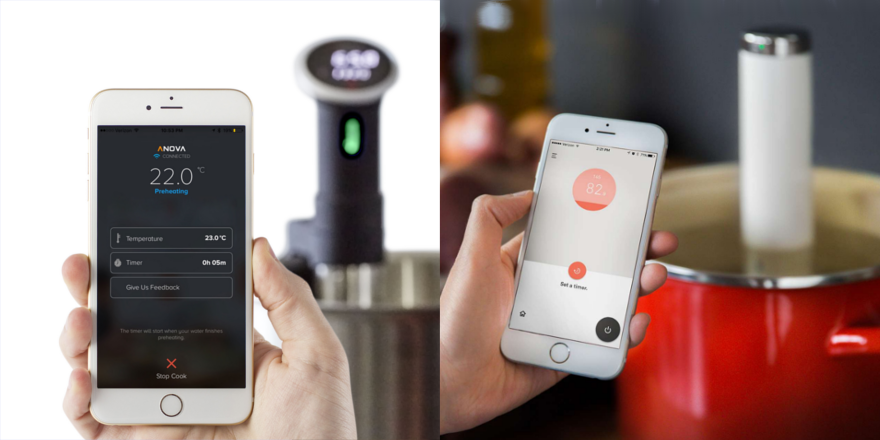 At the end of the day, both devices will serve you well. The Joule is smaller and packs a bigger punch, but requires an app to use. It’s newer, lighter, and smaller than the Anova which makes it a great choice despite its lack of display.

The fact that the Joule necessitates app usage is unfortunate, but the greater degree of flexibility, ease of use, and more convenient storage generally makes it the better option for most customers.

Both sous vide cookers have their pros and cons, and which device will work best for you is largely a personal decision. Both options provide painless and inexpensive access to sous vide cooking, and will put you well on your way towards restaurant quality food in the comfort of your own home.

Want to see how other sous vide machines stack up? Check out our Compare Sous Vide page. 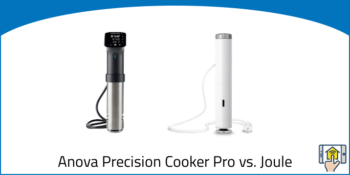 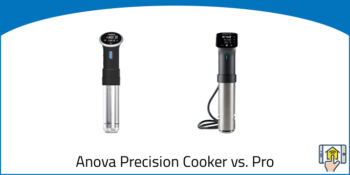 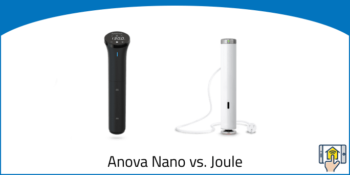 3 thoughts on “Anova WiFi vs. Joule”