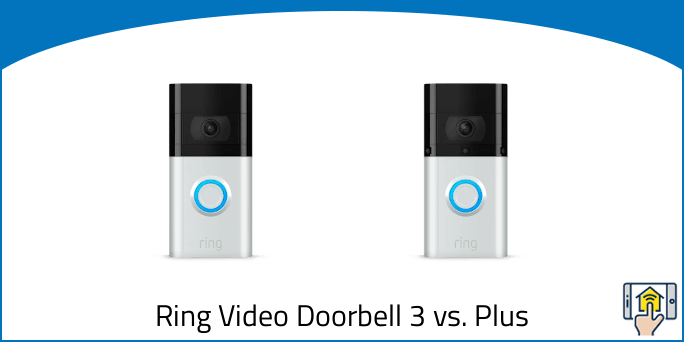 That’s pretty much it. Besides the Pre-Roll feature, there are no differences between the two doorbells. Except for the price, of course.

So, if you want to see what triggered the detect event, then we totally recommend spending just a little bit extra to get the Ring Video Doorbell 3 Plus model. After all, the difference is not that crazy. Although, just a heads-up, the 4-second Pre-Roll video will be recorded in low resolution and in black & white to conserve the battery life of your doorbell. 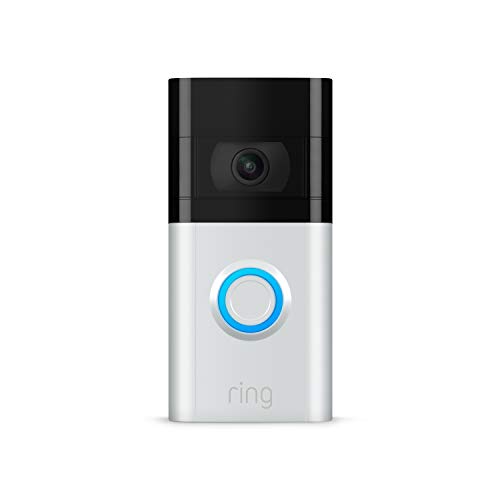 Ring Video Doorbell 3 vs. Plus — Differences

Difference #1: 4-second Pre-Roll Video Previews – This is the major difference between the two models. With the Pre-Roll technology, you’ll get access to an additional 4 seconds of recorded video before the motion event took place. This is a unique feature for battery-powered doorbells. It kind of reminds us of Arlo’s 3-second Look Back feature, although it was only available for when the cameras were plugged in and used indoors. So, Ring does take it a step further with the new Pre-Roll technology (adds an extra second and can be used when battery-powered).

While we’re super excited about this new feature, at the same time, there’s fine print everyone should be aware of before buying the Ring Video Doorbell 3 Plus — the Pre-Roll 4-second video will show up only in black & white and in low resolution to conserve the battery life of the Ring Doorbell 3 Plus. Hopefully, it won’t be in 360p. We’ll definitely test it once we get our hands on a product.

Can I hardwire the Ring Video Doorbell 3 and not use a battery?

Yes, of course. You can use either battery or wired power, or even both. This way, if there’s a power outage, the Ring Doorbell 3 will switch to battery power so no motion will be left undetected.

Can I use batteries from the Ring Doorbell 2 with the Ring Video Doorbell 3?

Yes! Both Ring Doorbell 2 and 3 use the same rechargeable, quick-release battery pack.

How long is the recorded video for the Ring Video Doorbell 3?

30 seconds — it’s a standard for all Ring battery-operated devices, no matter if they’re actually using battery power or hardwired. 60 second recordings are only available for hardwired devices without a battery option.

Is there a trade-in incentive program?

Do more than just Doorbells And Locks.