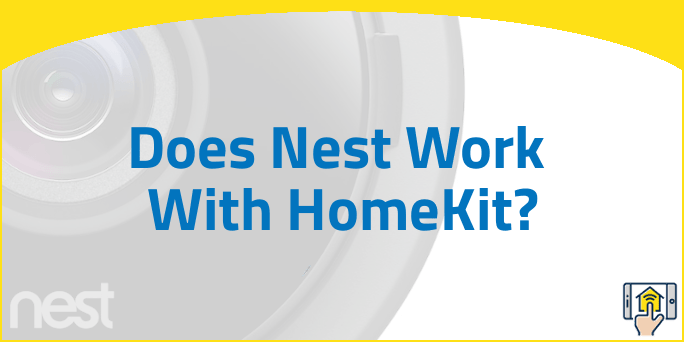 Nest products such as thermostats, cameras, doorbells and more, continue to remain widely popular in most smart homes due to their aesthetically pleasing design and impressive functionality.

Nest also integrates pretty well with Alexa voice commands when paired up with Echo Show and Echo Spot, as well as Google Hub, allowing you to control your home in a truly smart and efficient way.

However, when it comes to the question of whether Nest works with HomeKit, the answer is both yes and no, and we will explain the reason why. There are quite a few opinions as to why Nest doesn’t want to fully work with Apple HomeKit to its full extent, even though there have been speculations that it could possibly change in the future.

It’s worth to note that you can still use and control Nest Smart Devices from most iOS devices and other Apple products such as iPhone, iPad, and Apple Watch via the Nest app. So you can adjust the temperature on the thermostat, unlock the door, or even check in on your live-feed.

The only thing you can’t do is use Siri in order to control your smart devices or take advantage of accessing all your devices through the HomeKit app, however, there is a way around that which we will talk more about below.

Why do we need HomeKit? 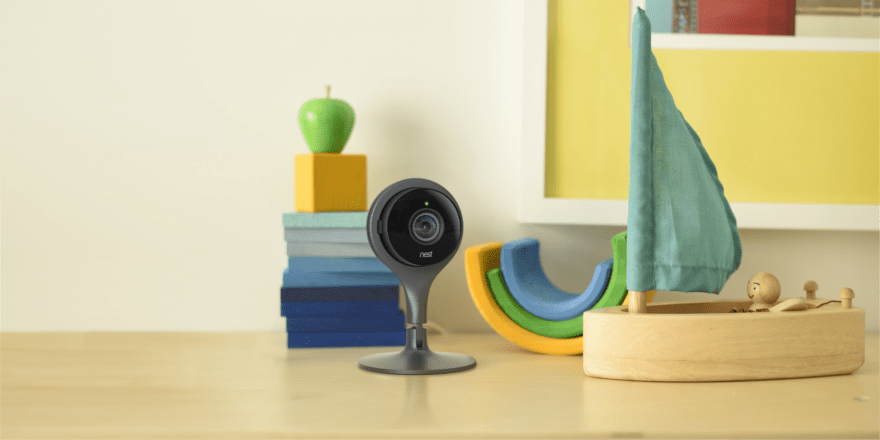 Apple HomeKit is an intelligent system that allows you to have total control over your smart home devices from a single app.

Through the HomeKit app, you can do things like switch off or on your smart lights, lower the temperature, lock the doors, schedule and create a comfortable environment and aesthetic ambiance all with a tap of your finger.

For example, you could arrive at an already lit up home with the heater on, all done via the HomeKit app.

And you can even do so from wherever you are in the world! Giving you peace of mind that in fact, you did remember to turn off the lights when you left home this morning.

You can also use Siri voice commands to operate your everyday devices as well, by simply saying “Siri, switch on the lights” or “Siri, show me the living room”, without even having to lift a finger.

While HomeKit isn’t as compatible with many devices like Alexa or Google is, the number is still increasing every day, and with a solid base of supported plugs, lights, locks, and more, Apple HomeKit is a great starting point for many Apple users who are just beginning to set up their smart devices.

Why Doesn’t Nest Work With HomeKit? 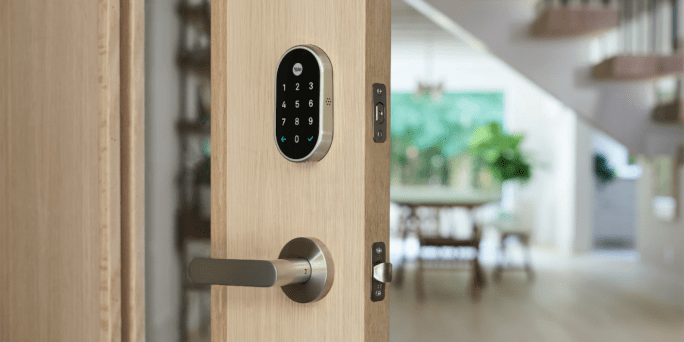 There could be many reasons as to why Nest doesn’t work with HomeKit, it could be the fact that because Google owns Android, which is Apple’s biggest competitor. Or it could also be simply because Google wants you to buy into the Google ecosystem and purchase Android phones, as they have no incentive to incorporate their products into the Apple ecosystem.

In the end, both Apple and Google would need to create an agreement to work on the compatibility together.

Whatever the reason may be, many users hope that it might change in the future, but for now, we can check out other ways we can integrate Apple HomeKit together with Nest that are both simple, and affordable.

How Does Nest Integrate With Your iPhone? 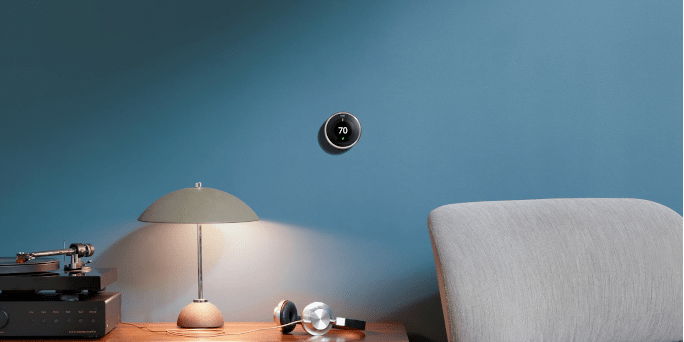 Through the Nest app and your iOS device, you can set your thermostat to heating or cooling or even set it to Eco mode which in the end can save you both money and energy costs in the long term. As well as view its energy history to see how much you’re really using or saving.

Additionally, you can also change the temperature via the Nest app, and set your own schedules such as by having the temperature on a little higher in the early morning, and cooler in the afternoons.

The Nest thermostat is a handy and popular device that many users enjoy having in their homes with its aesthetically pleasing rounded design and handy features. It’s worth mentioning that the founder of Nest Tony Fadell worked at Apple for a long time and was the lead designer on the iPhone and iPod, which may explain the well-made end product.

Nest Thermostat can also be paired with the Nest Room Sensors, and these battery-powered devices will report the temperature of your home and can even hold a specific temperature in any room when used with the thermostat, ideal for those long cold nights or scorching summer days.

Additionally, with your Nest smart camera and the Nest app, you can check in on the live-feed, receive motion alerts, enable two-way audio talk, and much more.

Another handy feature of the app is its ability to detect when you’re away from your home and will automatically switch to energy-saving mode or even create an automatic schedule that maximizes the energy output and comfort when you return home from work, such as by having the temperature on heating or cooling, depending on the day.

How to get Nest Thermostat to work with HomeKit? 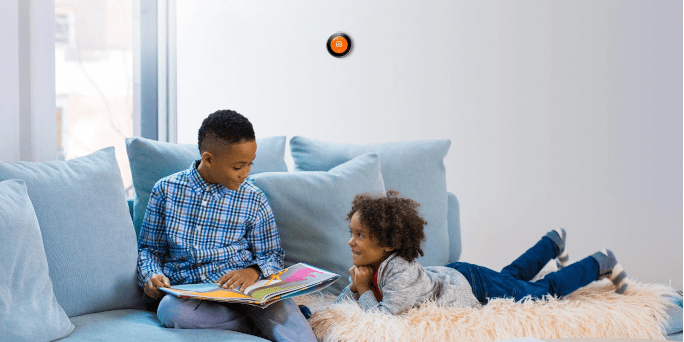 While there is no direct way to set up HomeKit with Nest, there are however some ways around it.

The first one being the Thermo Watch app.

All you need to have is an Apple Watch, on which you will then download the Thermo Watch app.

The goal of this design was to create a product that would feel like it belongs in the Nest’s ecosystem, and it has also been reviewed by Nest and approved for their works.

And that’s not all this handy watch does, you can also check in on any room’s temperature, humidity, and even turn the thermostat off or on with a tap on the screen, how great is that?

Another way would be to replicate the function provided by HomeKit integration through Nest app with the combination of a third-party app.

It’s not exactly a native integration, so there may be a little more work required in terms of configuration.

And that can be done with HomeBridge.

HomeBridge is a NodeJS server that runs on your Mac that will allow you to integrate the Nest thermostat into the HomeKit app.

All you need to do is sign up for a developer account with your Nest login, install the HomeBridge app, and lastly set up your HomeBridge Nest Plugin to have your Nest Thermostat working with Apple HomeKit in no time.

You can still operate it exactly the same as you would Apple HomeKit enabled devices, by using all the app features including Siri voice commands.

While the last method doesn’t require a little more work, if you’re really adamant about having the HomeKit app on your phone then it might be worth it in the end.

What Smart Thermostats Work With HomeKit? 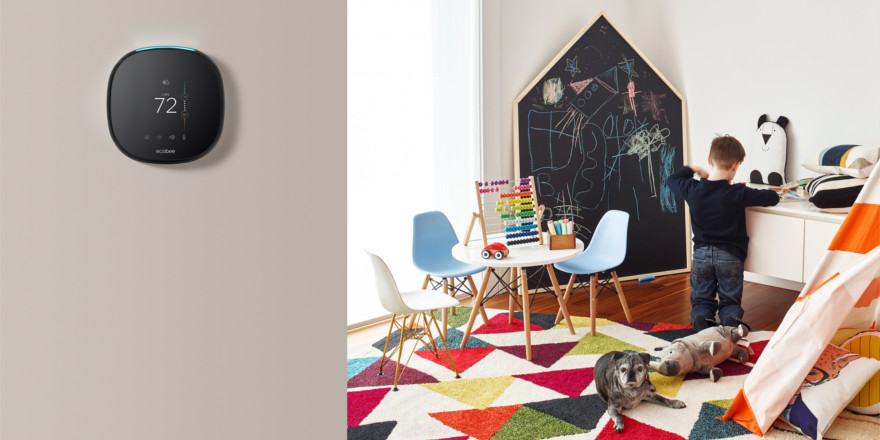 With all that mind, it’s also worth considering the fact that there are also many great devices that are 100% HomeKit compatible.

For example, the smart thermostat which can be paired with Alexa, and comes with room sensors that can manage your room temperature, is a pretty good option to look at. Or the budget-friendly Ecobee 3 Lite, both of which are probably the most prominent brands that integrate with Apple HomeKit, as well as Emerson Sensi and Honeywell among many others.

Having a smart device that is already compatible with HomeKit will allow you to have great control over your smart home from a single app.

As the main concern with Nest, users is that it takes time to access the app, and it also may make it difficult to set create certain scenes or ambiances through the Nest app. 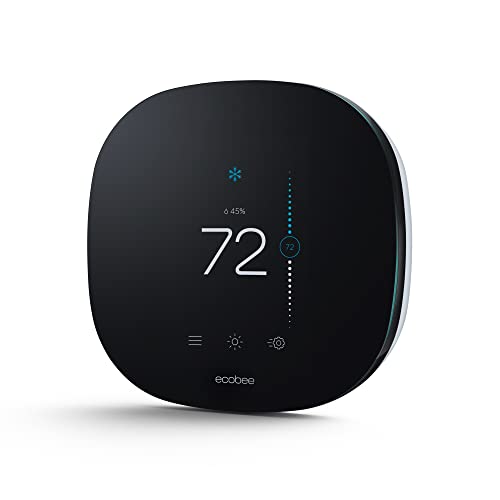 Does Nest Work With HomeKit? — Summary 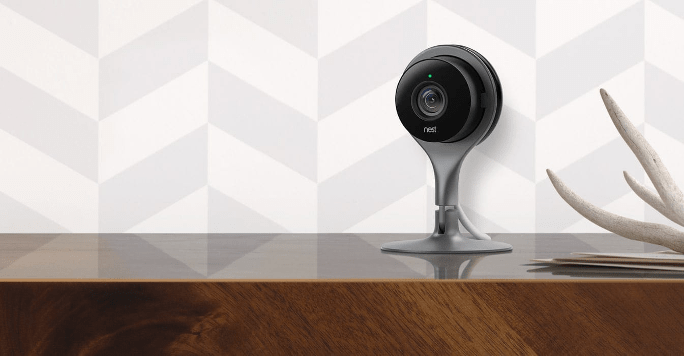 So the bottom line still remains to be both yes and no.

Since there is no native integration with Apple HomeKit, the control we can get by using the Nest app, or even third-party apps such as Thermo Watch are still sufficient ways in which to control your Nest devices.

It’s well known that the Nest thermostat is a well-designed device that offers great functionality and looks modern in any home, so we wouldn’t dismiss the thermostat simply because it’s not HomeKit compatible.

The Nest app still continues to work well on iPhones, iPads and other Apple devices with just a tap of your screen.

However, if you like the idea of using Siri voice control over your Nest devices, the Thermo Watch app, as well as the HomeBridge that emulates the iOS HomeKit API, can make that happen for you.

Additionally, you can also check out the many great products that are Apple HomeKit compatible such as Ecobee and Honeywell, or simply stick to using Alexa or Google voice assistants with your Nest products.

Do more than just Cameras.